The Surplus Store is a family-owned retailer serving West LA since 1946.

Summers still on! Prepare and get all your outdoor

Looking for that Epic hiking trail in L.A. County?

Adventure Ahead...Weekends here . Get all your out

Living that Camplife. Get all your outdoor essenti

Who's ready for the weekend? We are! . @ The Surpl

It’s a beautiful day to get outside! Here are 3

The History of Dog Tags in the Military 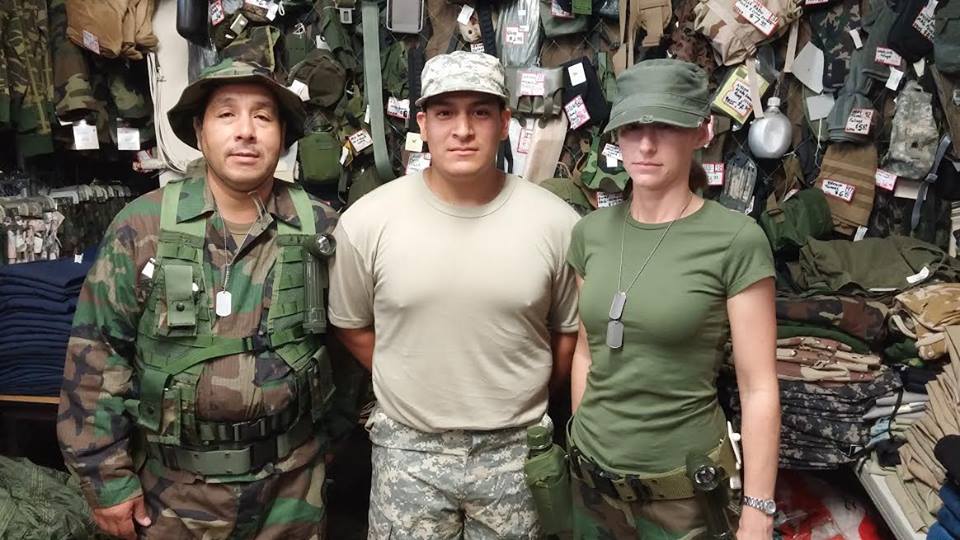 The History of Dog Tags in the Military

Looking Back at Dog Tags

As Memorial Day grows near, it’s an opportune time to discuss the history of dog tags in relation to its honorable reminder of our loved ones who passed while serving our country. Military dog tags are a simple, yet crucial piece of identification mainly for identifying fallen or wounded soldiers while serving as a piece of remembrance for loved ones. The term “dog tags” is an informal one; coined by WWII soldiers due to its resemblance to animal registration tags. The history of dog tags is rich and worldwide, as it all started in the days of the Civil War.

The Need for ID Tags

During the Civil War, soldiers realized that some kind of ID was needed on their bodies when in combat. Some of them improvised by pinning slips of paper with their name and address on the back of their coats or stenciling their ID on their knapsack or scratching it onto their belt buckle. In 1906, a circular aluminum disk was invented for identification purposes and the first official tags in the US were issued to WWI soldiers in 1917. Each soldier carried two around their neck which were hand-stamped with name, rank, serial number, unit, and religion.

The Mystery of the Notch

The history of dog tags then entered WWII, where the military tags evolved into machine-stamped rectangular shapes- equipped with a notch. The rumors surrounding why there was a notch has been a recurring myth. The story is that is a soldier discovered one of his comrades dead, he would take one tag to the commanding officer and place the other in the mouth of the soldier to ensure that the tag remains intact with the body to be identified.

Another story is a little more grotesque: The notch helped the tag to hold a dead soldier’s mouth open so that the gasses would escape the body and it would cease to be bloated. Thankfully, the real story is that the stamping machine desired a notch to hold the tag in place during stamping. At first, the dog tags were made from brass, then nickel and copper. By the end of WWII, it was made out of stainless steel.

From the Vietnam War to today, the notch was eliminated from the design as new stamping machines were built. Rubber was added to keep the tags silent during combat. The second tag was also placed on a shorter chain, so if a soldier had fallen, it would hang on their toe for identification. Thus the term “toe tag” was created. Today, soldiers still wear metal dog tags with some new modifications. A new form, called the Personal Information Carrier (PIC), will have a microchip inputted, containing a soldier’s medical and dental records. Another version by the Marines was developed, called the Tactical Medical Coordination System (TacMedCS), that can pinpoint the location of a soldier with GPS.

In no doubt, we will memorialize the dog tags of our beloved soldiers when Memorial Day arrives. It will be a day of great remembrance. The Surplus Store is a family-owned business, guided by a long military heritage, that opened its doors in the wake of WWII. Our inventory is centered on authentic military items, clothes, and antiques, as well as other surplus supplies. Included in our inventory are dog tags that we can engrave for you in-house. Engraving is based on a first-come, first-served basis. Bring your new knowledge of the history of dog tags and discover our dedication to military surplus when you stop in at 10341 Venice Blvd.