The Surplus Store is Still Here 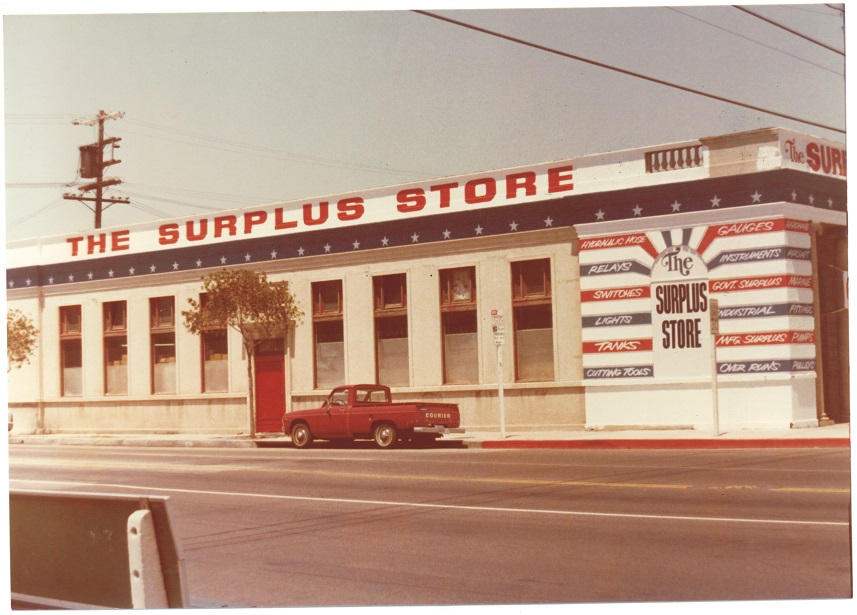 The Surplus Store is Still Here

With thousands of stores and businesses impacted across the country from the Coronavirus, The Surplus Store wanted to take a moment and remind its loyal customers that we are in it together. Even in this time of uncertainty and worry, we wanted to share with you who we are and why we matter – more importantly, that after this is all over, we will be here.

Though many stores have chosen to either temporarily or permanently close their doors, The Surplus Store is currently working on a way to offer curbside pickup of our essential items, an option that will allow us to keep our doors open. We hope to open our doors soon and see all of you again.

Many of our customers know the current faces of The Surplus Store: There are several long-time employees, including Jaime and Marc. You might have seen their children or other family members throughout the years. It may come as a surprise to know that The Surplus Store is actually a fourth-generation store that goes back to the 1940s.

Jaime’s great-grandfather opened the first store in 1946 in Culver City. Though it was just a warehouse in the industrial area, he sold aircraft parts from the war and offered repairs as well.

In 1978, Jaime’s father and grandfather moved to the current location – but even that has a rich history behind it.

That’s right – The Surplus Store is on the same plot as the old Citizens State Bank from 1923. After that, it was the Palms Post Office and then a decal shop. Changes had been made over the years. It was an interior design place when Jaime’s family moved in.

Jaime recalled her father and his friends spending hours transforming it into The Surplus Store – but the changes didn’t stop there.

Instead of selling aircraft parts, which had become harder to find, the focus shifted to surplus materials.

“It morphed into what it has now become,” Jaime said.

The family noticed that surplus materials would wax and wane in popularity and availability, as well as customers requesting other items, so they decided to add more categories: camping gear, emergency supplies, rainwear, backpacks, work clothing, footwear and more.

The store went from a third-generation to a fourth-generation entity with the addition of Jaime. Now with Jaime and Marc’s children in the store, The Surplus Store has become fifth-generation. 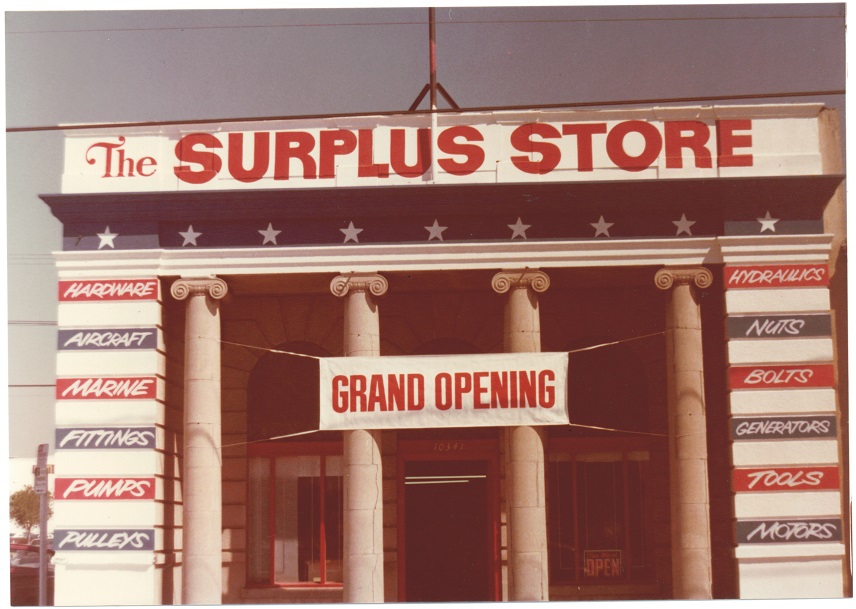 It might shock you to know that Jaime’s original intention was to follow her mother and go into the film industry. Luckily for all of us, that didn’t happen.

Yes, Jaime did spend a few seasons in the film industry but in-between seasons, she was at The Surplus Store.

Jaime soon realized her father was looking at retiring, and instead of closing the store or selling it to a stranger, she took over. She recalled a few family members working at the store over the years, but the biggest VIPs have been the employees.

With one manager being around since 1994 and a few others from the early 2000s, the customers aren’t the only dedicated people to The Surplus Store.

“Yes, we could have walked away, but we care about these people,” Jaime said. “They are family.”

Their love and care for their employees are why The Surplus Store decided to close its doors during the Coronavirus outbreak.

“It came down to the employees,” Jaime said. “It got to the point where we couldn’t risk them getting the Coronavirus and having something awful happen to them or their families.”

Even though they are closed, The Surplus Store is still paying its employees, a kind decision on their part that is reflected in how they treat their community as a whole.

Relevance in the Community

By being in the community for several generations, The Surplus Store has forged precious relationships with its customers – they even see customers that used to come in when they were kids and are now bringing in their own kids.

“We care about the community,” Jaime said. “It is fun being a part of the community and having these connections with long-time customers and generations of customers.”

The family has donated to the local YMCA, where Jaime and her brother – and now her children – camped with and were members of. They have also worked with local law enforcement, including the cadet programs, by helping with uniforms and other equipment and gear.

Helping LAPD and CCPD During the Coronavirus

Their generosity towards the police departments hasn’t stopped there. As we mentioned before, though The Surplus Store closed its door on March 20 and is working on a way to offer curbside delivery, they have been helping both Los Angeles and Culver City police departments get the necessary equipment that they need during the Coronavirus.

In March, the various police departments across Los Angeles were told they could start wearing BDUs, or battle dress uniforms; the department-wide orders went out to over 10,000 officers. BDUs are different from wool uniforms in that BDUs can be washed and dried at home; the wool ones have to be dry cleaned, and with so many dry cleaners shutting down, having clean uniforms was becoming a problem for officers.

The Surplus Store stepped in and alerted the police departments that they carry BDUs. They even put in rush orders to 5.11 Tactical to make sure the uniforms were available in time for the officers to come get them.

Since they are not officially open, Marc and Jaime have been giving out their cell phones to the police departments so the officers can schedule times to come by and get their BDUs.

“We are open to helping any department,” Jaime said. “It doesn’t matter where they are.”

No matter what, The Surplus Store is still here; we will be around, hopefully for at least a few more generations. As the only surplus store on the Westside, we are working hard to offer curbside delivery sometime in the near future. We have hundreds of emergency supplies, including emergency food and water, and over 2,000 bandanas and facemask alternatives.

Along with police departments, The Surplus Store is striving to help those that are still working: plumbers, contractors, doctors and more. We want to offer those people the equipment that they need to get their jobs done.

Once the stay-at-home order is lifted, The Surplus Store will reopen, and we will continue catering to our wonderful customers.

“We can’t wait to get back open again,” Jaime said. “I want to make my dad, grandparents and great-grandfather proud and try to keep this going as long as we can and keep being there for the community.”